In occasion of the 500th anniversary from Leonardo da Vinci’s death, Armani Hotel Milano celebrates the Master through a cultural and scientific experience in the Milan of the Tuscan genius.

Armani Hotel Milano offers its guests the exclusive opportunity to be part of a street tour, of a real immersive journey between reality and history in order to tell the story of the Milan Leonardo himself lived. From the Hotel itself a guide will accompany guests in the main sites Da Vinci stayed in, experiencing a virtual tour of the city in the sixteenth century.

The interactive itinerary lasts one hour and a half, starting from Piazza della Scala arriving to the Pinacoteca Ambrosiana and passing by Piazza del Duomo and Palazzo Reale. A special VR viewer will allow each participant to plunge in a journey through time, to the discovery of the places where the Artist lived and worked.

A faithful reconstruction of the city of Milan told from the Master’s point of view where past and present alternate and make this walk in the heart of Milan a unique experience.

The tour will end with an aperitif at the Armani Bamboo/Bar where guests will gaze at the lights and at the rooftops of Milan and will be able to taste the “Acqua/Rosa”, the cocktail offered for the occasion by the Bar Manager Andrea Rella. It is actually a new interpretation of the drink thought by Leonardo in 1571, called “the drink of the genius”. It will be a moment of total relax to be tasted wearing the VR viewers, by ending the Leonardo’s walk gazing at the Last Supper.

In addition to the tour the package includes:

For information and reservations: 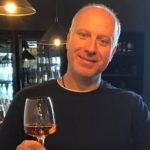